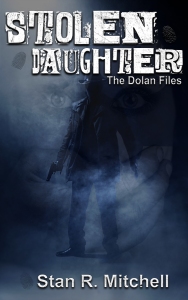 The book wasn’t selling as well as I expected and several months ago, I got one of those awesome emails you get from readers like once in a year. (Or is it a lifetime?)

Anyway, he just flat out told me the book was “close,” but not quite a grand slam. And instead of just complaining about it, he actually had some suggestions. I’ve incorporated some of his suggestions and torn the book apart since hearing the feedback. I’ve also come up with quite a few of my own changes with the benefit of hindsight and a year’s worth of distance from the book.

Bottom line, the book is much better. If you’ve read it, tell your friends it was pretty good but even better now. If you haven’t read it, I’d be honored it you gave it a shot.

Below is the spill on the book, and since you guys are my readers/fans, I’m letting you know that I’ll keep the book on sale for $2.99 for the next three days. Then I’m moving it back to $4.99.

So, go grab a copy if you haven’t already. And here’s the book info:

Dolan has more problems on his plate than you can list on a single page of single-spaced paper, but when the case of a missing seventeen-year-old girl falls in his lap, he answers the call.

Dolan, as a former Army Ranger, is just the kind of guy to volunteer for such a thing.

But he soon learns, as he races to the secluded mountains of North Carolina, that he’s in over his head. There’s a dirty cop involved. The mob, too.

They don’t appreciate a private investigator from Tennessee nosing around in their business. And they’re definitely not going to give up a girl they went to a lot of effort to abduct. So they order a hit on Dolan.

These guys are pro’s and they’ve killed plenty of men in their day. They’re not going to stop until they’ve put Dolan in the ground. 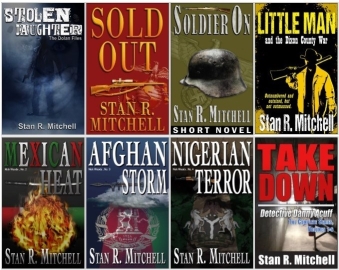 Stan R. Mitchell, author and prior Marine, is best known for a writing style that is “sharp, snappy, cinematic, and impacts with all the blunt force trauma of a hollowpoint to the head,” says Author Mark Allen.

A former newspaper journalist, Mitchell used to have to cram long stories into short sections of newsprint. He learned more than ten years ago how to cut the fat off a story, and he still to this day doesn’t believe in wasting time or space. (Not your time. And certainly not his time.)

Most people say his books read like movies, and even people who say they don’t “like to read” usually find themselves hooked on his books.

Pick up one of the works below and see if you don’t agree.

Stolen Daughter. Dolan has a ton of problems on his plate, but when the case of a missing seventeen-year-old girl falls in his lap, he answers the call. Dolan, a private investigator and former Army Ranger, is just the kind of guy to volunteer for such a thing. But he soon learns, as he races to the secluded mountains of North Carolina, that he’s in over his head. There’s a dirty cop involved. The mob, too. They want Dolan in the ground.

Take Down. Danny Acuff, a detective and former Force Recon Marine, uncovers a massive drug operation in the small, quaint town of Akin, Tennessee. And none of these locals are happy about a big-city cop from Memphis barging into their hometown. They want Danny gone, and they want him gone soon. Danny soon finds himself tangling with murderers, big boys from the hills sent to run him off, and even a dangerous couple of Special Forces men. A lot of people are going to die before this one finishes unwinding.

Sold Out (Nick Woods, No. 1). Nick Woods used to be one of our country’s greatest snipers. A Marine who completed a bloody, top-secret mission behind enemy lines years ago, he now just wants to live in peace with his wife. But the past is about to return in this tight sniper/CIA thriller.

Mexican Heat (Nick Woods, No. 2). The entire economy of Mexico is on the verge of collapse, dying under the crushing pressure of all the country’s drug cartels united under a single man. America doesn’t want to send troops, and the Mexican government is powerless to defend itself. That leaves one option: Find Nick Woods, let him hand-pick some men, and unleash him yet again.

Afghan Storm (Nick Woods, No.3). Time is ticking down on a deadly plot for the Taliban to overthrow the government of Afghanistan.  Time to send in Nick Woods and his private, military security company (Shield, Safeguard, and Shelter, or “S3”).

Nigerian Terror (Nick Woods, No.4). Nick Woods and his elite band of shooters from Shield, Safeguard, and Shelter (S3) deploy to Africa on their next mission to deal with an out-of-control terrorist group that now holds more than 20,000 square miles of land. This terrorist group, called the Boko Haram, has finally gotten the attention of America’s leaders. But what starts as a routine mission turns into something far more.

Little Man, and the Dixon County War. This book is an incredible story about a man too young to be wearing a badge, and too small to be enforcing the law. But the twenty-seven-year old Paul Zachary has been written up as a hero and he’s got some people who want him dead.

Soldier On. This short novel (approximately 70 pages long) is a moving story of World War II. As the war nears its end, the last elements of the German Army on the ground struggle to survive. The men know the war is lost and for the soldiers, it is pure hell. It is tough for the men, and tougher for the leaders. Hemmed in by Nazi SS units waiting to arrest or shoot retreating troops on one side, while advancing American troops advance mercilessly on the other, the men pray they must only endure the freezing weather of the last days. And that their supplies won’t run out. And that they won’t lose the honor and dignity they’ve spent years creating. Soldier On explores the mental struggles faced by every man who’s ever carried a rifle.

7 thoughts on “Stolen Daughter completely revamped, on sale for half price for just three days”

I love great writing, and certainly great books. I’ve tried to write a few myself, which you can find here: amazon.com. (Commissions earned from links.)

All ten books support a vet, and pretty cool dude. You can quote me on that.